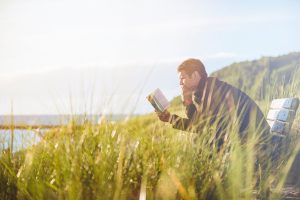 Since it may not be readily apparent to the casual reader perusing the pages of this book, I feel it is important to point out that in a growing market of anti‐ Jehovah’s Witness publications written by ex‐members and religious critics alike, the thoughts expressed in the pages which follow are actually an affirmation of the faith of Jehovah’s Witnesses. Confessedly, the author whole‐heartedly believes that Jehovah’s Witnesses have heretofore played a special role in the outworking of God’s universal purpose; particularly in publishing vital Christian doctrines and truths, long‐lost since the Great Apostasy that produced Christendom, centuries ago.

Foremost, the Watchtower Society has served as a seedbed and rallying point for anointed Christians to form an association. As a result of a spiritual revival that began over 100 years ago, first the International Bible Students and now Jehovah’s Witnesses, give evidence of having entered into a special relationship with Jehovah God.

However, that precious relationship brings with it accountability. Since Jehovah’s Witnesses represent Jehovah God before the world, the organization— especially its leadership—bears a heavy responsibility before Almighty God.

This book presents the view that the prophecies point forward to an impending, unprecedented, calamity of war, global financial collapse and chaos, which, in reality, will serve as the actual sign of the stealth‐like arrival and presence of Jesus Christ. The then‐ongoing invisible presence of Christ will commence a prophetically designated period of judgment upon those who bear the name of Jehovah God before the world—namely, Jehovah’s Witnesses. Afterwards, the judgment that begins with the house of God segues into the judgment upon the world at large.

While the work presented here is admittedly at variance with the Watchtower’s currently accepted prophetic interpretations, I trust that the departure is not so great so as to be unintelligible to those who are familiar with the foundation already laid. But the questions will surely arise: ‘Shouldn’t organizational loyalty move all of Jehovah’s Witnesses to wait for the Watchtower to get it right, if there is a need for any sort of revision? Is it not presumptuous for any individual to take it upon themselves to privately publish their own interpretations of the Scriptures?’

In answer: Frankly, the problems are much deeper and more serious than can be remedied by a few doctrinal “adjustments.” More disturbingly, the organization’s leadership is manifestly not at all inclined to such a course anyway. My motive in making this work public is inadvertently sanctioned by the Watchtower itself—quoted in the Preface on the previous page, it is worth restating here:

“When persons are in great danger from a source that they do not suspect or are being misled by those they consider their friends, is it an unkindness to warn them? They may prefer not to believe the warning. They may even resent it. But does that free one from the moral responsibility to give that warning?”

The Watchtower Society assigns personal “moral responsibility” to all of Jehovah’s Witnesses; compelling us to warn our unsuspecting neighbors of the specter of unseen spiritual dangers and the imminence of Jehovah’s looming judgment. However, the disconcerting question posed here, is, what if Jehovah’s Witnesses are, themselves, in “great danger from a source they do not suspect”? And most unsettling, what if that source of great danger is embodied in the Watchtower Society itself?

‘That’s impossible!’— Jehovah’s Witnesses will likely retort to such a suggestion.

But is it really so unthinkable?

The very fact that so many Christians have placed unquestioning trust in the unfailing guidance of the Organization gives that institution incredible  power over the lives of Jehovah’s Witnesses. It seems that the temptation for men so empowered to abuse that sort of power is nearly always—irresistible.

But if the Watchtower Society has been instrumental in publishing the truth, as this author believes, how is it possible for Jehovah’s people to also be unsuspectingly misled by it?

Well, consider a couple of questions: Does just knowing that God is not part of some mysterious Trinity, for instance; or, that his personal name is Jehovah, necessarily mean that we really know God? Or, does the mere fact that Jehovah’s Witnesses preach to others mean that we are consequentially serving Jehovah in a way that is truly pleasing to him? After all, the Jews in Bible times knew God’s name. As an organization they also worshipped Jehovah in the way he prescribed in the Law. But did they really know him?

Is it possible that some of the leading men of Bethel are in a similar position as the Jewish priests of old who formally served him but did not really know Jehovah? To answer that question it is important to know what it means to know Jehovah. For example, the Scriptures reveal that Jehovah is deeply concerned about the disadvantaged—particularly the orphans and widows.

God places such great emphasis on looking after those in need that he has made it the very foundation of Christianity. James 1:17 defines true worship in one sentence: “The form of worship that is clean and undefiled from the standpoint of our God and Father is this: to look after orphans and widows in their tribulation, and to keep oneself without spot from the world.”

According to the Bible, true worship is not defined merely by preaching about God and Jesus, but rather, by imitating them in showing tender mercy to orphans and widows in their time of trouble. By doing so, Christians prove that they know God. Of course, we realize that it is not just literal orphans and literal widows whom Jehovah cares for. God cares for everyone—but especially  children. On one occasion, when the disciples tried to brush off the children who were coming to him, Jesus rebuked them by saying: “Let the young children alone, and stop hindering them from coming to me, for the kingdom of the heavens belongs to suchlike ones.”

If the very “kingdom of the heavens belongs to suchlike ones,” surely Jehovah is highly displeased if even one child is stumbled, or in any way hindered from entering the kingdom.

But, tragically, that is exactly what the Watchtower has done!

‘Surely not! The Society has published all sorts of information for children and youths,’ some of Jehovah’s Witnesses might reply.

Yes, that is true; the Society has printed books and magazines by the ton. But, according to well‐publicized reports from America, Australia, Canada, the United Kingdom, Denmark, Sweden and other countries, Bethel’s child abuse policies have also directly resulted in lasting harm to thousands of children; a few of the facts of which are presented in this publication. (See chapters entitled: Amos, Hosea and Zephaniah)

Now, if we know Jehovah—really know Jehovah—could he possibly be pleased with an institution that publishes Bible story books by the millions for children all over the world, but which closes its eyes and folds its hands when those very same children are raped and sexually molested by men who call themselves Jehovah’s Witnesses? It is unthinkable that Jehovah would condone such a thing. Consider, again, the Watchtower’s own reasoning, published in the Preface:

What results when a lie is let go unchallenged? Does not silence help the lie to pass as truth, to have freer sway to influence many, perhaps to their serious harm? What happens when misconduct and immorality are allowed to go unexposed and uncondemned? Is this not like covering over an infection without any effort to cure it and keep it from spreading?

The Watchtower’s Public Relations Department insists that its child abuse policies are sound. The Writing Department teaches that Jehovah’s Witnesses are living in a predator‐free “spiritual paradise.” Meanwhile, the Watchtower’s Legal Department is quietly waging war against the legitimate claims of sexually‐abused children of Jehovah’s Witnesses—sometimes even siding with convicted pedophiles and employing non‐witness, “hired‐gun” lawyers to protect “kingdom interests.” Most shockingly, the Watchtower’s lawyers have actually repudiated Christianity by claiming before the courts of the land that Christian elders bear no responsibility to protect the children of the congregation from sexual predators!

The Watchtower poses a grave spiritual danger to Jehovah’s Witnesses in another, even more insidious way. For ten years (1992‐2001) the avowedly “non‐ political” Watchtower Bible Society was engaged in a political partnership with the United Nations as an officially approved NGO—the facts of which are fully documented in the chapter entitled “Strange Bedfellows.” Being an associate NGO required the Watchtower to use a portion of its God‐dedicated resources to disseminate positive information about the United Nations—which it did. Worse yet, all of Jehovah’s Witnesses were unwittingly duped into distributing literature—some of which was written specifically to promote the United Nations’ global agenda; and, which was ostensibly presented to the UN as proof of our support of it! From Jehovah’s standpoint, that amounts to outright apostasy and spiritual adultery.

Should such brazen misconduct and immorality be allowed to go unexposed and uncondemned? Again, according to the Watchtower, Christians are obligated to expose such wickedness and warn those who are unaware of such things.

While the Watchtower has served Jehovah’s interests, its “success” has led it down the very same path of pride and corruption as its spiritual predecessors— Israel and Judah. Just as those institutions originally served as custodians of the truth—but became suppressors of the truth—so, too, the Watchtower. This publication endeavors to hold up a prophetic lens to the Organization to empower the reader to see it as Jehovah sees it.

While Jehovah’s Witnesses have been privileged to unearth many precious gems of truth from the pages of the Bible, tragically we have also been seduced into treasuring up mere fool’s gold—particularly so in regard to the assumption that Christ’s kingdom was established in 1914. But the question many of Jehovah’s Witnesses will inevitably ask is: If Christ was not installed as king in 1914, how could we have been so blind?

The only way to comprehend how such an enormous error can persist unchallenged for so long is by acknowledging the diagnosis of Jehovah himself,

As Jehovah’s messengers and servants today, ours has been “a case of seeing many things,” in regards to both the simplicity and complexity of God’s precious word of truth—but we did not keep watching. We have heard the many grand and wonderful promises of God, as contained in the Scriptures—but we did not keep listening.

The intent of this collection of essays is to play some small role in revealing the nature and approximate extent of the blindness that presently grips Jehovah’s Witnesses—and also to cultivate an expectation of God’s remedial intervention.

Even as Jeremiah was commissioned by Jehovah to tear down and uproot— to build and to plant—the information presented here is by no means intended as the last word on God’s Word, but is for the purpose of clearing away the decades‐old accumulation of cluttering dogma that we have heretofore come to regard as authentic truth—to tear down and uproot such falsities—to the end that lovers of God’s truth may be readied to rebuild and plant with a truer seed.

It is the sincere hope of the author that this work might shine a light on the roadway ahead so that during the critical hour of judgment sure to come, all of Jehovah’s Witnesses and others of faith might hurdle the potential stumbling blocks in our path and ultimately benefit from God’s discipline and instruction; to the end of finally living up to the precious honor of actually serving as Jehovah’s witnesses—by unitedly giving voice to the grandest proclamation of all time: “Jehovah himself has become king!” 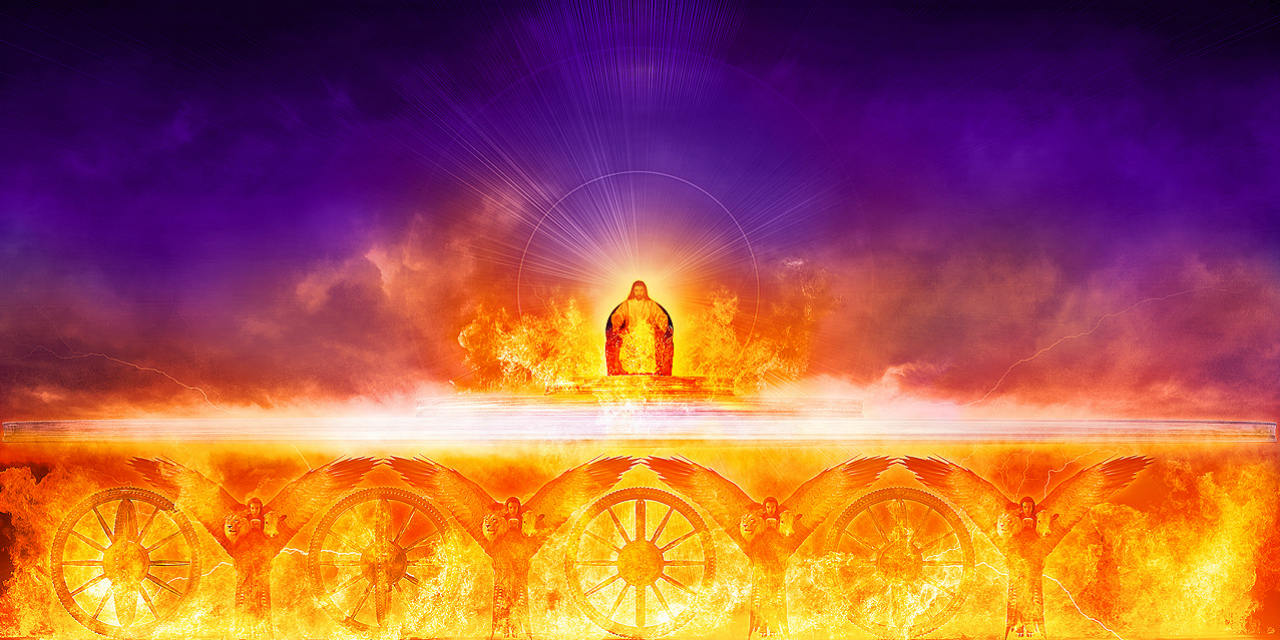